The Central Bank of Ireland has today (27 June 2013) launched two collector coins to mark the 50th anniversary of President John F. Kennedy’s visit to Ireland. A €10 Silver Proof coin and a €20 Gold Proof coin have both been issued. The coins feature an iconic portrait of John F. Kennedy, the first President of the United States to appear on an Irish coin. The silver coin is available individually and both coins are available as a set.Speaking at the launch in the Tholsel in New Ross today, Central Bank Director of Financial Operations, Maurice McGuire, said: ‘It is very appropriate that we launch this coin in New Ross today because it was on this very day fifty years ago that the President made the historic visit to his ancestral home, which has had such a lasting impact on the people of Ireland.’Both coins were designed by Tom Fitzgerald and have an issue limit of 35,000 units; 25,000 units of the €10 silver coin and 10,000 units of the €20 gold coin. The coin will be available to the public from Friday 28 June 2013. Coins can be purchased by downloading an order form from www.centralbank.ie, by phoning 1890 307 607 or directly from the Central Bank on Dame Street in Dublin at a cost of €50 for the silver proof coin and €130 for the double box set. ENDSFurther information: Press Office: (01) 224 6299; press@centralbank.iePhotography issued to picture desks and available from Patrick Browne Photography (086 2515700) 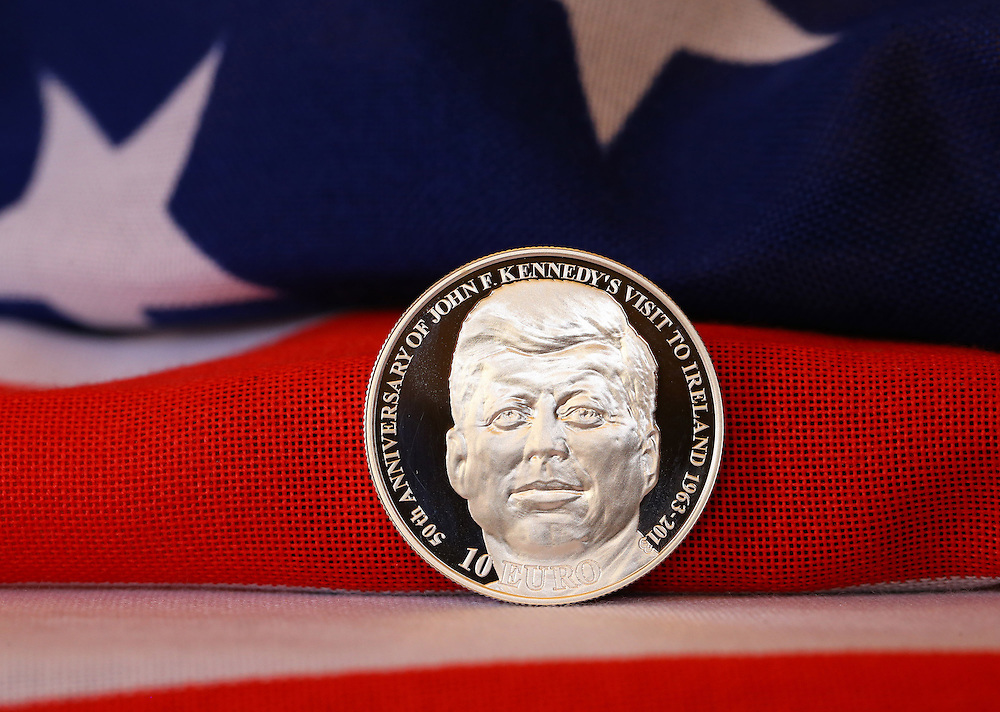