24/05/2013. Free To Use Image. Rebellion. Pictured is Ray Murphy and Peter Freeman firing their muskets at the re-launch of the National 1798 Rebellion Centre in Enniscorthy, the event is celebrated by a free Rebellion weekend from May 25 - 26 for details of the weekend of free activities see www.rebellion.ie. Picture: Patrick Browne

The Centre has been undergoing a new look since earlier this year and a brand new tour has been developed under a project funded by Wexford Local Development to the value €178,000 and supported by Wexford County Council and Enniscorthy Town Council.

The Centre was officially opened in 1998, during bi-centenary commemorations, to illustrate the significance of the 1798 Rebellion. According to the centre Manager Jacqui Hynes the exhibition was in need of upgrade. Jacqui says “This brand new exhibition and tour tells the story of the 1798 Rebellion in a fresh and interactive way, the audience is taken on a journey by General Lake, John Shehan who is ‘The Croppy Boy’, the United Irishman leader Anthony Perry, and the dreaded ‘Tom The Devil’. We had some school children in this morning taking a tour and the feedback has been fantastic, they are very much enjoying the new experience and of course learning lots. Their teachers also had the height of praise for the fun yet educational way information of the events is given. For instance the tour includes a fact-finding hunt for quirky facts from the rebellion a ‘Pikeman Secret Investigation’ to see if they can uncover the secret facts of the Rebellion.”

The Centre was officially re-launched by Cllr Sean Doyle, Chairperson of the National 1798 Centre Board of Directors. Com 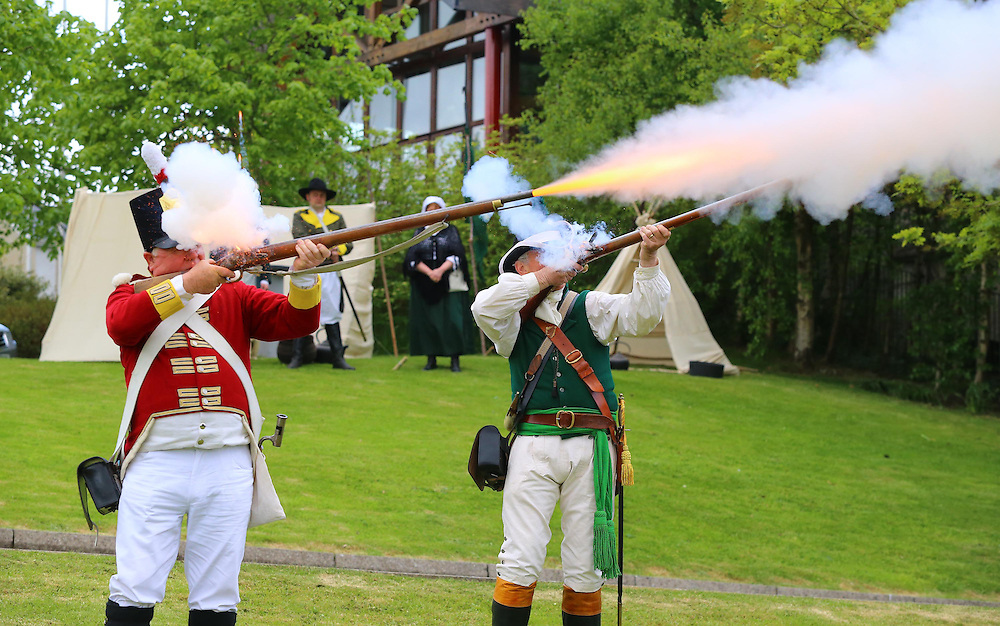