22/06/2013. Free To Use Image. Pictured in New Ross, Co. Wexford at the JFK50. Pictured at the lighting of the emigrant flame by Former Ambassador Jean Kennedy Smith, An Taoiseach Enda Kenny and Kathleen Kennedy Townsend. Picture: Mary Browne

Thousands descend on New Ross to Honour Memory of JFK

The town of New Ross with a population of 7,000 saw a huge influx of visitors descend on the Quayside on Saturday afternoon to join in the commemorations and celebrations honouring their most famous Wexford sons – President John F. Kennedy.

The town’s streets were abuzz and coloured with red, white and blue as a US Style Parade took to the streets at 3pm lead by a national colour party and pipe band from the Irish Defence Forces.

The ceremonial events opened with a moving visual of images and video of the visit of the President to the same spot on the New Ross Quayside fifty years ago.

Anne Doyle and George Hook took to the stage to welcome the audience, saying “Welcome to the quayside in New Ross – the very spot where fifty years ago this week the President of the United States of America, son of Wexford and Dunganstown, and descendant of the great Irish Diaspora of the mid 19th century, celebrated his Irish heritage and commemorated the sacrifice and the heartbreak of his great grandfather who had sailed from this quay one hundred and fifteen years before.”

Cathaoirleach of New Ross Town Council, Cllr Paul Crowdle officially welcomed the visitors “We are all here to remember and mark the momentous occasion for New Ross, back in June 1963, a date before many gathered here today were born. There is a great affinity for the Kennedy family to Ireland and the New Ross area in particular. Jean Kennedy Smith, the late Robert and Ted Kennedy have been hugely supportive of efforts in New Ross as well as other members of the Kennedy family who have visited the area over the years. We hope to see this continue with future generations.

Today is also about strengthe 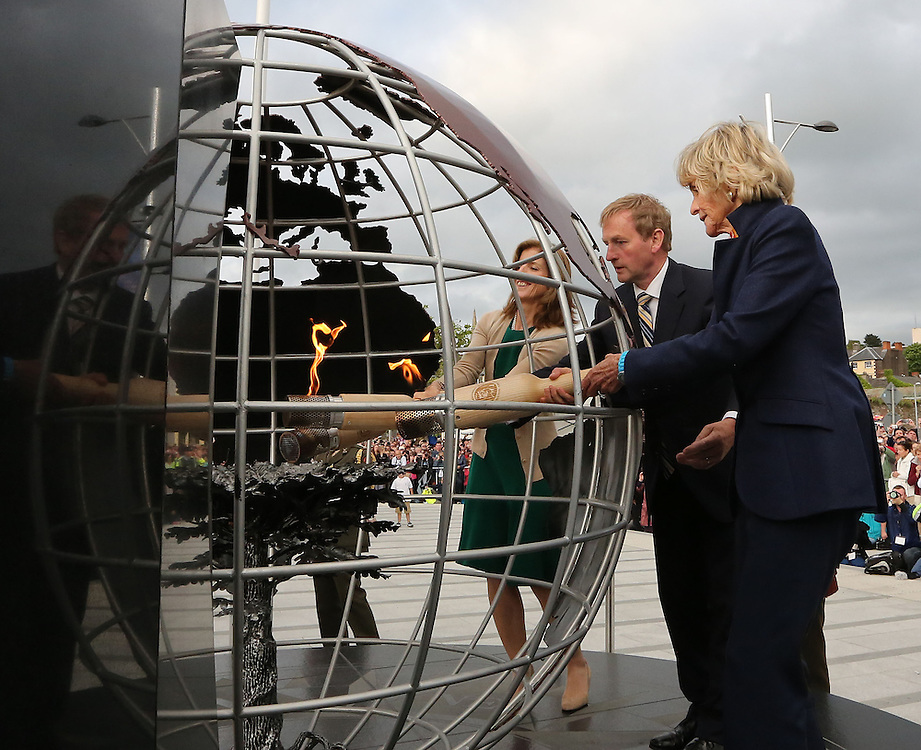