14/07/2013. Free To Use Images. Battle of Vinegar Hill. Pictured at Vinegar Hill, Enniscorthy, Co. Wexford where the Rebels take to the hill in preparation for the upcoming Vinegar Hill Battle reenactment over the August bank holiday weekend. Pictured is Paul Murphy on Vinegar Hill with the Rebel Flag . Picture: Patrick Browne

Re-enactment of ‘Battle of Vinegar Hill’ to Commence

The second annual reenactment of the Battle of Vinegar Hill is set to take place at the historic Enniscorthy location over the August bank holiday weekend.

Organisers are expecting crowds of over 5,000 to take to the battlefield to enjoy a spectacle of Redcoats and Rebels re-enacting history scenes from 1798 with professional re-enactors from Ireland, England, Scotland, Northern Ireland, and further afield planning their assault on the rebel positions. While the rebel forces are growing larger every day with aspiring insurgents volunteering to take part, the sign up date is still open for the public wishing to join the ranks.

On Saturday August 3 a Rebel encampment will take over the grounds of the National 1798 Rebellion Centre in Enniscorthy with Rebel commanders on the lookout for talented young Pikemen and women to train before the ensuing fight. The Blacksmith will also be on hand, shoeing horses, making pikes, swords and other weapons for the upcoming battle and demonstrating the age-old skills.

If joining the Rebels doesn’t take your fancy, joining the ranks of the Redcoats just might. A plan is afoot for them to commandeer Enniscorthy Castle and demonstrate infringement punishments such as floggings. The Redcoats will be revealing their battle plans to their fellow Generals and the public the day before the battle commences. The highpoint of the day will be a skirmish between the Rebels and Redcoats at 1pm at Duffry Gate to Market Square which will recreate the insurgents’ initial capture of Enniscorthy Town in 179 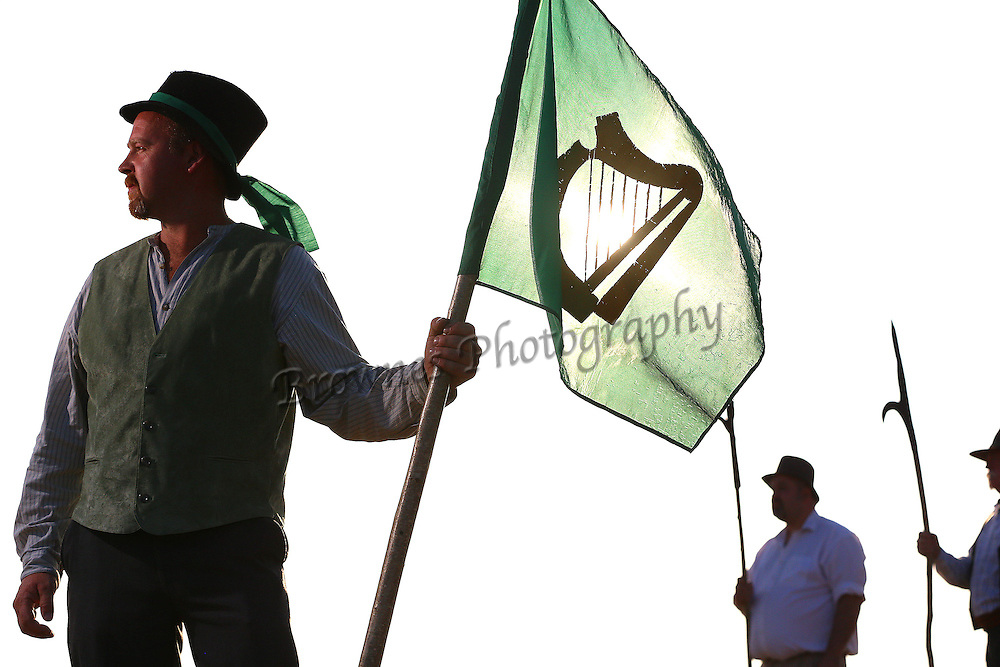