The stage line-up for celebrations in New Ross in county Wexford for ‘The Homecoming’ on June 22 one of the major celebratory dates of the JFK50 year was announced in New Ross this morning (Monday, April 22) and it features some of the model county’s best known model citizens.

Keeping the show on the road and taking the role of MC and host on stage for the afternoon of June 22 will be proud Wexford ambassador Anne Doyle. The journalist, presenter and former RTE newsreader will take to the stage on New Ross Quayside and welcome visitors to Wexford as well as introduce the formidable line-up, which will include the critically acclaimed award winning author and Wexford ambassador Colm Toibin who will recite from the stage. Anne will be assisted by George Hook, well-known broadcaster, TV critic and Kennedy fan.

International singer and Wexford ambassador Michael Londra who was voted the best Tenor at the 2012 Irish Music Awards and is currently wowing audiences with his tour across the U.S. will preform a song he has written especially for the event with Grammy award winning songwriter Marcus Hummon.

Commenting on his attendance and upcoming performance Michael said, “I was born a few years after JFK visited but my earliest memories of Wexford are that no matter where I went, in every house, there was a picture of him on every parlor wall, usually with Bobby and Pope John 23rd. All I knew, as a kid was that he wasAmerican and I wanted to go there. He has always represented the American Dream and I have lived that dream s 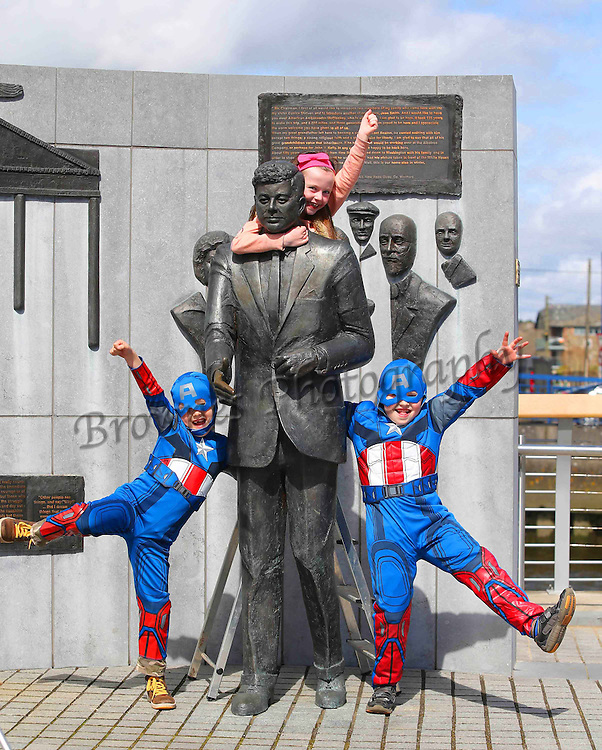